Before I tell you what I'm planning to read in 2018, here's a quick look at last year's list, with items that I either read or discarded struck out. It was a pretty poor showing, given that I didn't even get through half of the books I intended to.
This year, I'll endeavour not to get so sidetracked. My one "issue," which isn't an issue but does disrupt my plans, is that I'm in a book club and taking time to read the book club books is important to me, so that can derail my own plans. My list of books to read for 2018 consists of approximately half and half books I purchased for myself over the course of the last year or two and books that I've borrowed from other people (it's also about half and half male vs female authors, which is nice). I've listed them in approximately the order they appear on my bookshelves. Entries that are new since last year are bold. Here's hoping you're accustomed enough to the garbage quality of the photos I post generally to accept the ones that appear below, ahaha. 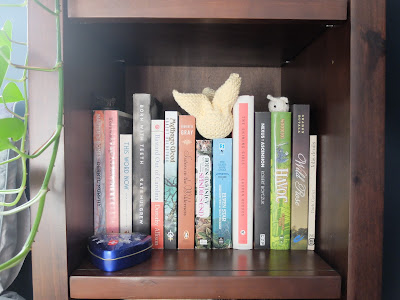 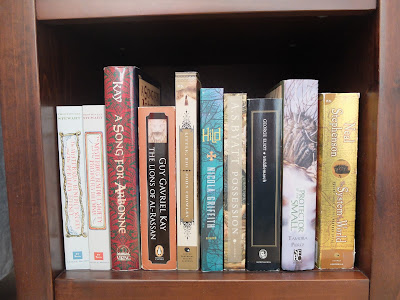 In addition to the list above, I also plan to read at least six of my List books. At least one of them is a six hundred page long Henry James book, hence my lack of ambition on that front. So, wish me luck and let me know what your reading plans are for the year!