This is going to be another short update, and then I'll try to post a long one at the end of December. But for the moment: what have I been up to in November? A lot of things that I'm not really interested in posting about here. Basically I've been doing my usual reading and swimming and working and all that sort of thing.
Reading
As per usual, check out the What I'm Reading tag instead of this.
Watching
More MCU movies
Jodorowsky's Dune
Getting started with Get Back
Posted by M.R. at 11/30/2021 12:00:00 AM No comments:

I continue to read and not write about the books I'm reading, although I assure you that I plan to catch up by the end of this year.
Here are six books that I read between August 28 and October 25, 2021, in the order that I completed them:

The Will to Battle by Ada Palmer

after 51 pages
Ada Palmer's Terra Ignota series is one that I want to love because it's so full of interesting ideas. Unfortunately it's not really a series that you can leave for a couple of years between books, because it's pretty dense. I started this one (the third entry of a quartet, the last book of which was released this year), had no idea what was going on, and promptly decided that if I'm going to do this thing justice, I need to read all four books in a row. So that's a project for a different year.

The Joy of Less by Francine Jay

287 pages
I continue to accumulate inspiration to get rid of stuff and maybe even downsize sometime in the not too distant future. This book is basically an introduction to minimalism. It's pretty accessible and not too judgemental and has some good ideas in it. I think I still like Marie Kondo's method best. This fall I went through my clothes and books again, and papers are next. I think I'm already sort of a minimalist in a lot of ways, I just really need to work on not keeping every little scrap of paper anyone I know has ever written on. Ugh.

230 pages
This book is subtitled "A Librarian's Investigation Into the Science and History of Books Bound in Human Skin." Yes, it's a bit macabre.
So there are only a few books that are known (via scientific means) to have been bound in human skin, and there are a few more that are rumoured to be. Megan Rosenbloom is a person who is fascinated by death in general and so-called "anthropodermic books" in particular. She's a little to present in this book for my "just the facts" non-fiction preferences, but I still really enjoyed her exploration of the practice of binding books in human skin. This appears to have mostly been a thing in the mid-19th century, during the bizarre evolution of the medical profession at the time. Hence there are some good ruminations here on medical ethics as well.

The Mauritius Command by Patrick O'Brian

332 pages
O'Brian's fourth book in the Aubrey-Maturin series is yet another reminder that nobody writes historical adventure like him. We find Jack Aubrey ashore at the beginning of this book, still not making enough money, married and supporting his wife, their twin daughters, and his mother in law. Stephen Maturin visits and gets a tour of an observatory that Jack is working on (and a longitude fixing project), his dismal garden, and the house. This is all hilarious, and then the adventure begins, because Stephen is also bringing Jack his next command. I'm in love with this series and very much looking forward to the next book.

535 pages
I've seen others whose editions of this novel are a lot longer than mine and I'm not sure what's going on it. Also, without further ado: I loved this again.
This is the story of Paul Atreides, who is a young man thrust into a tough situation on a desert planet. It's a science fiction novel with a real sense of scale, in a universe that seems plausibly remote from our own, many thousands of years in our future.
So I first read Dune when I was in grade nine, after hearing about it from my dad, who I suspect read it sometime in the early to mid 70s. I really liked it, and went on to read all of Herbert's sequels over several more years. I decided to reread it in advance of the new movie adaptation, in hopes of cementing my own impressions prior to having them supplanted by a visual medium. (Honestly I've been meaning to reread the book for the past three years or more, possibly even before I knew that there was going to be a new adaptation? It was just that I finally had to get my act together this year.) And I was honestly so worried that I would hate it as an adult.
But the themes of the book are still relevant in my opinion. It's especially interesting to contemplate the Kynes/Fremen project of bringing moisture to Arrakis, in light of present-day concerns about just maintaining habitat here on Earth.

The Silent Patient by Alex Michaelides

325 pages
A good palate cleanser after Dune, The Silent Patient is a dumb fun psychological thriller about a therapist and his patient, a woman who hasn't spoken for about half a dozen years, since murdering her husband. I do give credit where it's due: the book read extremely quickly and was pretty hard to put down. Other than that I don't have much else to say. This was a book club pick but it had also been on my Goodreads list for a while.
Posted by M.R. at 11/20/2021 12:00:00 AM No comments:

Five Years Ago This Month: November 2016

Five years ago this month...
...I reviewed The Maltese Falcon. This book hasn't stuck with me as much as I would've expected, and I need to read more of this genre and possibly more Dashiell Hammett.
...I looked back at November 2011. I didn't post a single thing! I might've done NaNoWriMo, I might've had pneumonia, but other than that I don't have much in the way of memories about that month.
...I reviewed The Outsiders. This book also hasn't stuck with me as much as I would've expected it to. I feel like maybe I could stand to read it again, but like I mentioned in my review, I think maybe I just missed the boat on it and read it at the wrong time for it to have the maximum impact on me.
...I posted my first impressions of Jane Eyre. Yes, from my original reading of the book in grade five.
...I was distracted. I didn't mention it in the post but I was unemployed and working on some house projects. 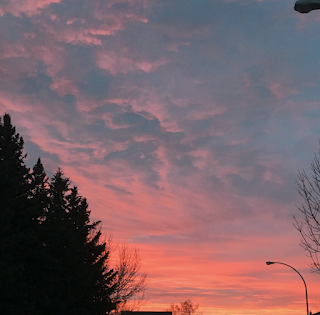