Board Member Bios are extremely cursory surveys of the lives of the Modern Library board members who created The List, in hopes of discovering who they are and how or why they chose the books they did. 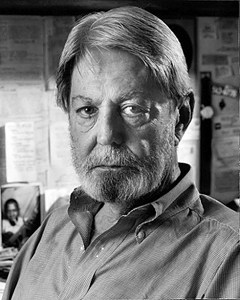 Life:
Shelby Foote was born in Mississippi of pretty solid Mississippi stock (i.e. his great-grandfather was a Confederate Army veteran). He grew up mostly in Greenville, Mississippi, where he and Walker Percy developed a lifelong friendship. He went to the University of North Carolina at Chapel Hill for a couple of years before joining the Mississippi National Guard and US Marine Corps during the Second World War. It seems he was a bit of a rebel, because he had trouble getting in to UNC due to his history of making fun of his high school principal, and then was dismissed from the Army because he misused a vehicle to go cavorting with his girlfriend.

Foote's career as a novelist began in earnest after the war and consisted of several novels about the American South at various points in history. His fiction was never especially well known, but earned the admiration of some other writers, including William Faulkner (whose name I can't link to yet because I won't have a review of his work posted until January). I've added September, September to my reading list.

The real big break for Foote came in the form of a letter from our friend Christopher Cerf's dad, Bennett Cerf, at Random House, requesting a short history of the Civil War. Foote ended up writing an enormous three-volume history instead, over a twenty year period. I have not added this monster to my reading list, at least not yet. As a result of this work, Foote ended up appearing in Ken Burns' Civil War documentary (something I regrettably didn't watch while it was on Canadian Netflix) and was thereby catapulted to fame in his later days.