First Sentence: Where was the young man who had given her so many admiring glances yesterday? 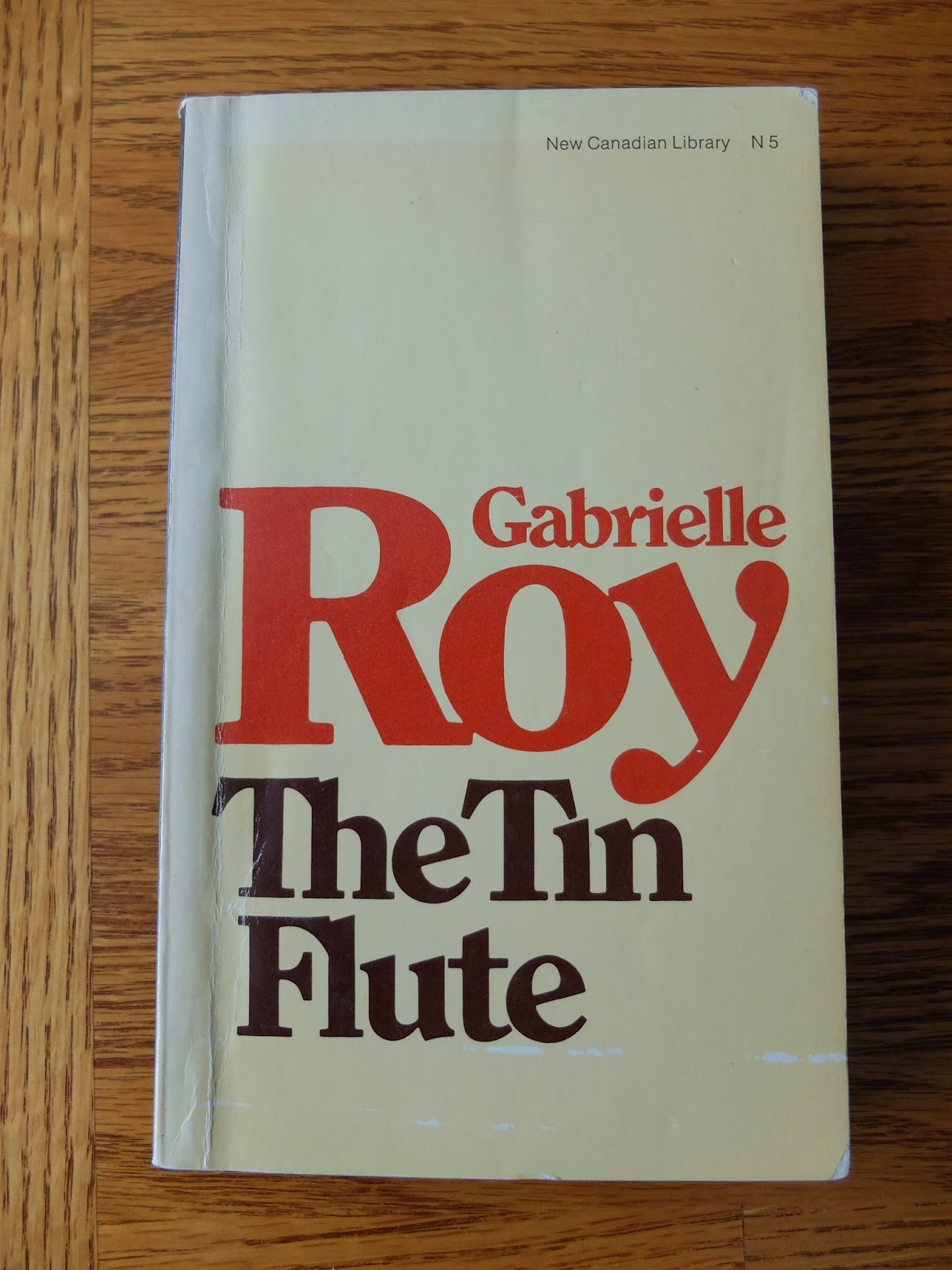 Review:
I wasn't sure whether I would review this book because I put off writing anything about it for a long time, and I generally prefer to write my reviews when the books are still fresh in my mind*. But there's been a dearth of CanLit on this blog so far (I'm not sure if any of the List books are by Canadians) and women writers have been underserved as well, so I might as well say a thing or two about it.

The Tin Flute (a poor title compared to the original French one, Bonheur d'occasion—and speaking of that I'm getting more and more determined to stop reading French books in translation) is about a bunch of working poor people in an impoverished Montreal neighbourhood at the tail end of the Depression and the early days of Canada's participation in World War II. It's centered on the Lacasse family: eldest daughter Florentine, mother Rose-Anna, and father Azarius. There are seven other Lacasse children, and one more on the way. They seem to live in about three rooms. Azarius is a dreamer and schemer who can't hold a job, Rose-Anna has her hands full with her kids, Florentine works as a waitress to help support the family.

The narrative structure of this book is extremely bizarre. The arc of the story follows Florentine as she tries to make a better life for herself and find love, but the bulk of the book jumps through different point of view characters willy-nilly, in order to access the most profound and affecting insights. The effect is both extremely touching (depressing) and disjointed. I'll need to read more of Gabrielle Roy's writing to see if it's always like this or if this structure was deliberate.

This book was heartbreaking and thought-provoking, about poor, uneducated people, but it was a lot more kind than Tobacco Road, and I think that made it considerably more effective. Roy is much kinder to her characters than Caldwell, not in terms of what she puts them through (which is hell), but because of how she portrays their humanity.

There's no exception here to what I've come to expect from CanLit, which is sad people living in a particular place, and the book is short but sufficiently crushing that I had to take it in small doses. Worth a read if you're feeling like things are hopeless in the present, though, because presumably at least you're not giving birth alone in a terrible shack or shipping off to join the war effort because that's literally the only job you can get.

* My terrible memory means that this is mainly just for the first hour or so after I've finished the book.

Sam Latour was not grouchy or pompous, but like most French Canadians he disliked waiting on table, which calls for a deference quite foreign to their nature.