27. The Ambassadors by Henry James

Year Published: 1903
Pages: 639
First Sentence: Strether's first question, when he reached the hotel, was about his friend; yet on his learning that Waymarsh was apparently not to arrive till evening he was not wholly disconcerted.
Rating: 2/3 (meh) 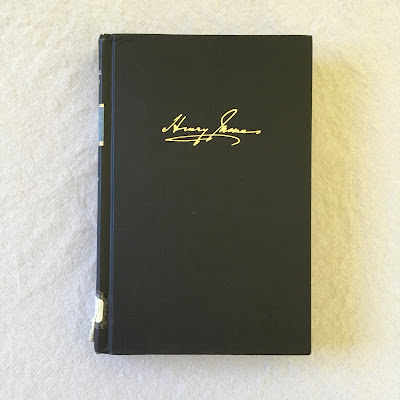 Review:
We come now to the second of three Henry James novels on The List. This one is about a middle-aged man named Lambert Strether. He's a widower of relatively slim means, who is engaged to a fabulously wealthy woman named Mrs. Newsome back in the town of Woollett, Massachusetts, but at the beginning of the novel, he's been sent to Europe to fetch Mrs. Newsome's son from the clutches of a presumably evil woman and bring him back to run the family business. Perhaps unfortunately for Strether, when he finds Mrs. Newsome's son in Paris, the situation is not at all clear cut. Chadwick, more commonly referred to as Chad (yes, really), is not living in some den of iniquity with a beautiful French prostitute, although he is engaging in some kind of relationship with a respectable woman who has had to flee her abusive husband. Strether and his friend Maria Gostrey, who he met upon landing at his English hotel, puzzle through this situation together.

At this point I'm really starting to feel like Henry James is gaslighting me. In my review of The Golden Bowl I was already beginning to doubt that I liked previous works of his that I'd read. But seriously, did I? I'd like to believe that I've never been so pretentious that I'd pretend to enjoy a classic novel, but after reading over 1000 pages of James's work in the last few months I'm questioning everything I thought I knew. I can only imagine that this will get worse when I pick up The Wings of the Dove.

In any case, as for the book at hand, I enjoyed it more than The Golden Bowl. While that novel felt extremely empty, there is actual content in this one. I got a sense of the plot happening in the background somewhere, even though it was obscured by James using about 500% more words than he really needs to, in the form of alternating walls o' text and long dialogues between characters in which no one ever says what they mean, instead communicating everything with dashes and exclamation points and rephrasing questions with the italics used on a different word this time. The one thing you can count on from James' prose is the use of the expression "hung fire" which appears here seven times plus one time as "hang fire." (It also showed up seven times as "hung/hang fire" in The Golden Bowl.) This repetition may seem innocuous in otherwise very long novels, but the fact is that it really jumps out at me as a Saskatchewan resident.

To get back on track, and this is the reason it rated higher than The Golden Bowl, if you wanted to spend a lot of time and energy reading The Ambassadors, I think you could get a lot out of it. I have neither time nor energy nor most importantly patience for this sort of thing, and so I found it more frustrating than anything. I loved many of the characters in this novel. The name "Chad" in a novel written in the early part of the 20th century is inherently hilarious. Mrs. Newsome is a wonderful villain. Strether is an excellent deluded sad sack. Best of all is Maria Gostrey, who I wished could have had her own series of novels in which she travels Europe befriending wealthy people and poking about in their affairs. She's honestly a bit of an aspirational figure for me, and I'm only kidding a little bit about that. The trouble with what James is doing with his prose and his obfuscation is that I didn't feel like I was spending time with the characters, I felt like I was watching them on a tv screen with the volume turned way down.

James throws in a touch more anti-Semitism here for good measure, in case you were wondering. He also, if you'll allow me to be facetious about one of the darkest communities on the internet, may have been the original incel, as evidenced by the name of the young man in the plot, and stuff along these lines:

He reconstructed a possible groping Chad of three or four years before, a Chad who had, after all, simply—for that was the only way to see it—been too vulgar for his privilege. Surely it was a privilege to have been young and happy just there. Well, the best thing Strether knew of him was that he had had such a dream.

If a vaguely dark comic story of a man having a turn-of-the-20th-century midlife crisis sounds appealing to you, and you want to work very hard for it, this novel might be the one for you. If you prefer for reading not to be work, I'd stay away.

He had been wondering a minute ago if the boy weren't a Pagan, and he found himself wondering now if he weren't by chance a gentleman. It didn't in the least, on the spot, spring up helpfully for him that a person couldn't at the same time be both.

"Well, the party responsible is, I suppose, the fate that waits for one, the dark doom that rides. What I mean is that with such elements one can't count. I've but my poor individual, my modest human means. It isn't playing the game to turn on the uncanny. All one's energy goes to facing it, to tracking it. One wants, confound it, don't you see?" he confessed with a queer face—"one wants to enjoy anything so rare. Call it then life"—he puzzled it out—"call it poor dear old life simply that springs the surprise. Nothing alters the fact that the surprise is paralysing, or at any rate engrossing—all, practically, hang it, that one sees, that one can see."