Saskatchewan is A Thing: Roadwork

I feel like I've mentioned enough times that I love Stephen King (although apparently I've mostly only written about The Dark Tower).

As some people will know, King has also written several books as Richard Bachman. I reviewed one of them, which it turns out was the best one by far. 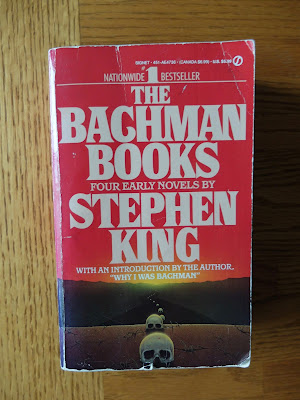 The worst of the four in the collection pictured, which I bought so I could read the notorious school shooting novel, Rage, is a book called Roadwork. This is a sort of pre-emptive revenge story about Bart Dawes (I think that's the character's name and I don't care to confirm it), whose home is about to be bulldozed in order to make room for a freeway. There are some good bits but King was obviously trying to flex his literary muscles and, uh, I didn't care for it.

At one point, though, Bart picks up a hitchhiker and brings her home with him, and we get the first Saskatchereference I can remember finding in a Stephen King novel. 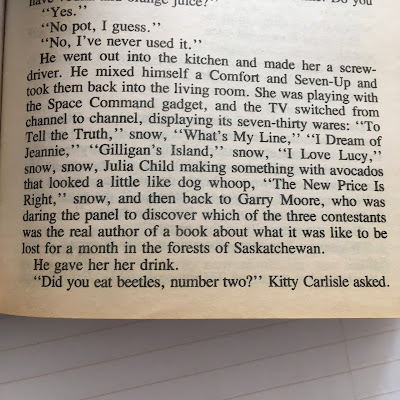 I can't believe it wasn't Maine, to be honest.

Email ThisBlogThis!Share to TwitterShare to FacebookShare to Pinterest
Labels: : Saskatchewan is A Thing, Author: Bachman (Richard)