Year Published: 1958
Pages: 261
First Sentence: As a junior of exceptional promise, he had been sent to Egypt for a year in order to improve his Arabic and found himself attached to the High Commission as a sort of scribe to await his first diplomatic posting; but he was already conducting himself as a young secretary of legation, fully aware of the responsibilities of future office.
Rating: 2/3 (meh) 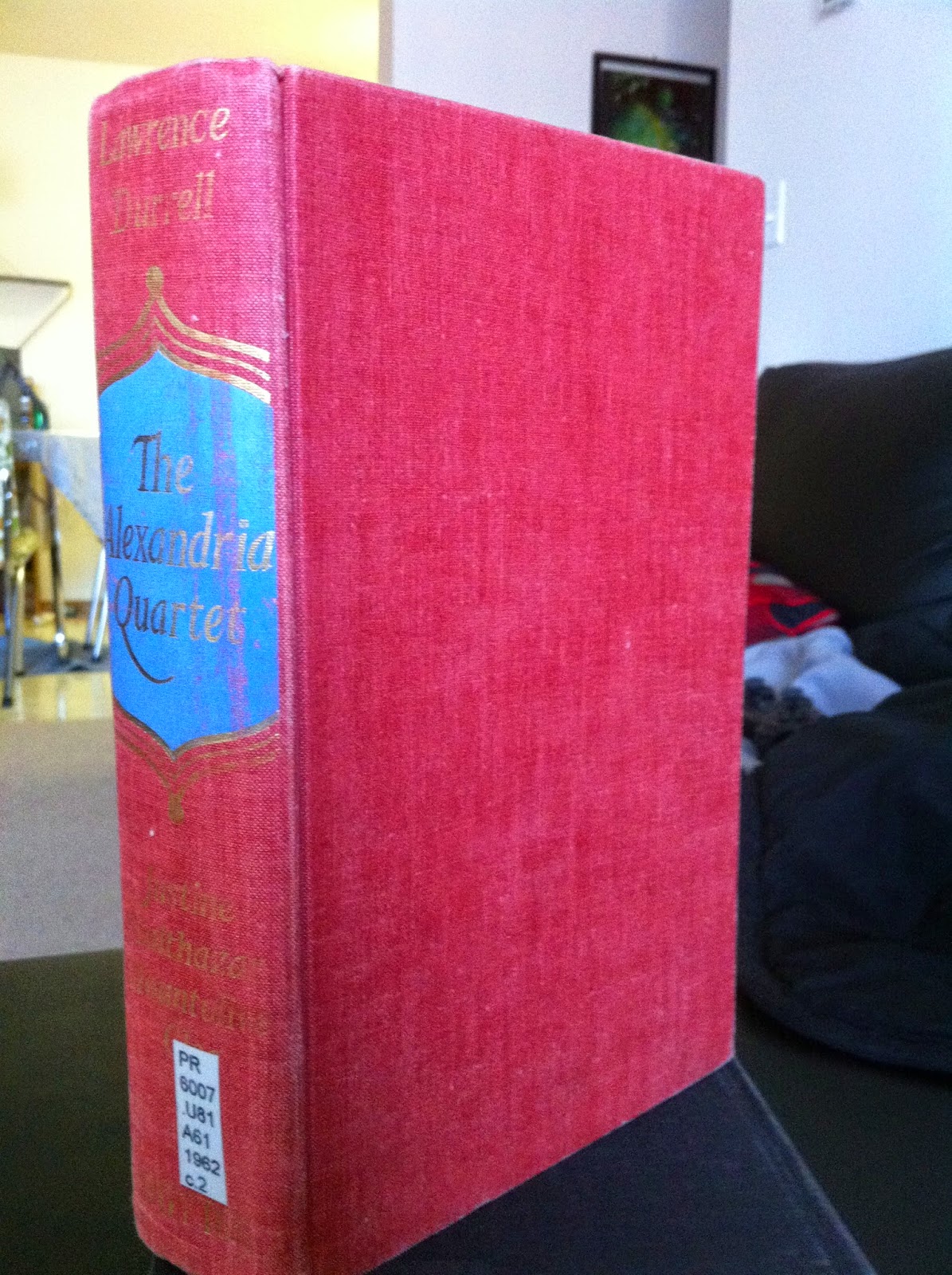 Review:
I've made a huge mistake.

I shouldn't've picked up The Alexandria Quartet after a year. I especially shouldn't've picked it up without a glance at my old reviews, or trying to find a spoiler-free plot synopsis of the previous two books (a legitimate concern, considering the books' interconnectedness). In fact the only thing that Mountolive proved is that it is indeed correct to consider The Alexandria Quartet all together as one work. Because I had no idea what was happening throughout Mountolive.

Oh, to be honest, a couple/few things were actually clear. Spoilers to follow of course. When he was a young man, Mountolive boned Nessim's mom. Later, Nessim becomes a conspirator with the Palestinians, and Justine and Balthazar are collaborators, meaning that the Interlinear can't entirely be believed, because by the way Justine was sleeping with LGD (here called Darley and no longer our narrator) to use him and spy on Pursewarden. Pursewarden, meanwhile, may have been in love with his sister (?!), and learned about the Palestine stuff via Melissa. What I mean is that this is all just another layer, except that I couldn't remember enough of the previous two books, so there was nothing to support this latest new information. Oops.

I didn't find much of what I liked about Justine in Mountolive, either. I'm not sure if the style is supposed to be reflective of the character of Mountolive, who is very buttoned up and is also basically the main character in this book, but it just didn't work for me.

Still I'm extremely curious about what happens in Clea. I'm sure that it's just one final layer on top of all of this. Clea has been popping up everywhere and knows everyone but remains a mystery herself, which I'd really like to get to the bottom of. At the same time, I struggled with Mountolive a lot. Maybe I'll pick up the Quartet again in another year. And prepare a bit better next time.

To love was absurd, like being knocked off the mantelpiece.

'The only hope, sir' said the young attaché quietly, and not without a certain relish, so pleasing to a part of the mind is the prospect of total destruction, as the only cure for the classical ennui of modern man.

Dancing again he said to her, but with drunken irony: 'Melissa, comment vous défendez-vous contre la foule?' Her response, for some queer reason, cut him to the heart. She turned upon him an eye replete with all the candour of experience and replied softly: 'Monsieur, je ne me défends plus.'