50. Tropic of Cancer by Henry Miller 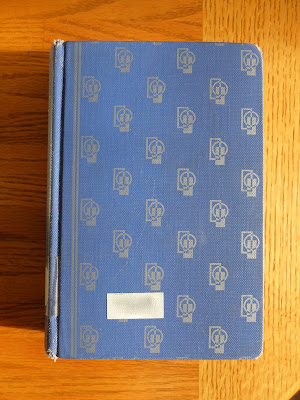 Henry Miller's Tropic of Cancer is somewhat notorious for having been banned in the United States for thirty years after its initial publication in France. It doesn't take long to figure out why it was banned. The following passage appears on page 6:


You can stuff toads, bats, lizards up your rectum. You can shit arpeggios if you like, or string a zither across your navel. I am fucking you, Tania, so that you'll stay fucked. And if you are afraid of being fucked publicly I will fuck you privately. I will tear off a few hairs from your cunt and paste them on Boris' chin. I will bite into your clitoris and spit out two franc pieces. . . .

That's about as bad as it gets, though, and what's also clear is how this book paved the way for so much that came after. There'd be no Portnoy's Complaint without this (which would be fine), and maybe also no On the Road (if Kerouac got his hands on it before its American publication, and even if he didn't, the two feel too similar not to be mentioned in the same breath). Faced with Miller's avalanche of cunts and whores, I'm not sure I've ever read anything more conspicuously vulgar. Even something like The Boss is at least more erotic and less calculated to shock, which is what I'm convinced is going on with Tropic of Cancer, particularly in the early going.

Not to mention the fact that there's not much here in the way of plot. I'm not interested in looking it up right now because as per usual I prefer to know as little about the List books as possible, but I seem to recall that this book is semi-autobiographical. Certainly, the first person narrator is named Henry Miller, and as far as I know the author was living in France and having sex with other people's wives while he was writing it, which is what this character is doing. And that's about all. The narrator is living in Paris, extremely poor, mooching off of his friends, having affairs, sleeping with and occasionally stealing from prostitutes, and whining about who is authentic and who is asleep. Characters float in and out of the narrative with no rhyme or reason, no explanation of who they are, and barely any defining traits.

As usual, I have major problems with lack of structure, and so I don't have much love for this book. Still, I have to admit that the prose is some of the smoothest I've come across. In places (when it wasn't about fucking and cunts) it was some of the most poetic writing I've encountered that didn't make me roll my eyes. I was barely paying attention most of the time because there wasn't anything to latch on to to hold my attention, but every now and then something flashed. Like this.


And the further off he wanders the more lugubrious is his distress; he wears it like a lantern which the cyclists hold between their teeth on a night when the pavement is wet and slippery. In and out of the dingy rooms he wanders, and when he sits down the chair collapses, when he opens his valise there is only a toothbrush inside. In every room there is a mirror before which he stands attentively and chews his rage, and from the constant chewing, from the grumbling and mumbling and the muttering and cursing his jaws have gotten unhinged and they sag badly and, when he rubs his beard, pieces of his jaw crumble away and he's so disgusted with himself that he stamps on his own jaw, grinds it to bits with his big heels.

A lot of the book is like that, going from gorgeous imagery to surrealism. I'm always left wondering how a book like this gets edited. And speaking of that, the edition I read included a thirty page introduction (which I didn't read) by some guy named Karl Shapiro, dated 1960 and referring to Miller as the greatest living author, "because I think he is" and a three page nonsense preface by Anais Nin, dated 1934. She and Miller were lovers during the writing of the book, and apparently she had a hand in editing it.

Ultimately, my reaction to Tropic of Cancer is that it's a more immature and misogynistic, less drug-addled version of On the Road, with Paris in the role of PLACE instead of America. There are better ways to spend your time.

This then? This is not a book. This is libel, slander, defamation of character. This is not a book, in the ordinary sense of the word. No, this is a prolonged insult, a gob of spit in the face of Art, a kick in the pants to God, Man, Destiny, Time, Love, Beauty... what you will. I am going to sing for you, a little off key perhaps, but I will sing. I will sing while you croak, I will dance over your dirty corpse....
To sing you must first open your mouth. You must have a pair of lungs, and a little knowledge of music. It is not necessary to have an accordion, or a guitar. The essential thing is to want to sing. This then is a song. I am singing.