This is going to be a longish post, because I'm about to be very distracted, I think. Read on or just scroll to the last section of the post to find out why. 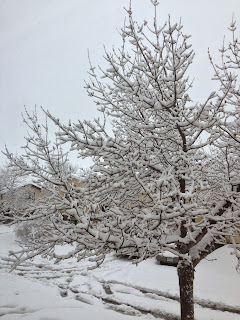 Grey's Anatomy
I watched ten seasons of this show on Netflix and now my life is empty.

Furious 7
Excuse me, I seem to've gotten something in both of my eyes. This was a great movie.

Besides the readathon I did last weekend, obviously...

The Confusion
This is the sequel to Quicksilver, which I read the year before last. It's a monster and I expect to be in the process of reading it for something in the realm of months. I'm liking it better than the first book, if only because I had a better idea what to expect this time around.

The Hugo Awards
More seriously, I've been following the ongoing Hugo Award drama with interest and sadness. I gave serious thought to attending Worldcon this year, but most likely won't be able to for financial reasons. This would've been my first time attending, and my first time ever voting for the Hugo Awards. Now I'm feeling very bewildered. I've been reading a lot of blog posts, though, including some very very long ones. Namely, this one by Philip Sandifer, and this one by Matthew David Surridge. George R. R. Martin, a person I'd actually heard of before this mess, unlike the two previous, very charmingly maintains a livejournal, a half dozen years after everyone else abandoned the platform, and he's weighed in as well, with a lot of thoughtful words that have almost inspired me to read A Song of Ice and Fire. His posts on the topic start with this one, and he's still posting more, so we can officially blame the various Puppies for the next ASOIAF book being delayed another year. Kidding aside, GRRM obviously really cares about this, which is awesome.

Zombies, Run!
I decided to finally give running a shot, despite hating it with every fibre of my being. Things were actually going really well, until the run I did late last week. My knees have been hurting ever since, so I'm on a temporary hiatus. I do recommend what I've done so far of the 5k app, though. Given that it kept me running despite not being a fan of either zombies or running, that should be read as a ringing endorsement.

This is why I'm going to be very distracted for the next several months. I'm taking a class this summer! I'm extremely uncertain at this point just how much of my time it's going to take up, but it lasts from May through August, and judging by how much time I spent studying for my exam back in October, I'm going to need to carve out a lot of time for it. While I don't think that this will have too much of an effect on my current One Post That's Actually About Anything per month schedule, it will almost certainly get in the way of ramping anything up like I've been wanting to do. Fear not, though! I'm still going to be reading List books, even if I have to slow down even more. You have no idea how determined I am to finish this project.
Posted by M.R. at 4/30/2015 12:00:00 AM