R10. Gone with the Wind by Margaret Mitchell

So apparently there's some interest in seeing reviews of non-Harlequin romance novels, so I figured maybe I could do one every ten romnovs (unless something like the Wide Sargasso Sea/Jane Eyre thing comes up again). If anyone wants to make requests, feel free, cuz I only have a few of these old books on my shelves. Also I should let you know that since I started working I haven't been able to keep up the same pace with my reading, so instead of putting up the next review next week I'm going to do a bit of a summary post about all the books so far, just to buy myself some time. Try not to hate me too much! -M.R.

Pairing: Southern belle and scoundrel
First Sentence: Scarlett O'Hara was not beautiful, but men seldom realized it when caught by her charm as the Tarleton twins were.
Climax: everyone does their duty to the Confederacy, but I'm not sure how often they actually enjoy it

Review:
I discovered, while discussing movies last summer with some self-styled "movie buffs," that I've seen approximately no movies of note in my entire life, Gone with the Wind included. However, the aforementioned movie is so much a part of pop culture at this point that I'm at least familiar with that famous line: "Frankly, my dear, I don't give a damn."

In fact half of the reason that I wanted to read this book at all was to see whether that line was in it. (But I won't tell you if it is or not, you can read the thousand-plus pages yourself.)

But it's worth it! Since I still haven't seen the movie (but I will as soon as I get this review finished!), I have no idea how close the adaptation is to the original story*. No matter, though, I loved the story and all of the characters, and highly recommend a foray into the belly of this beast of a book.

Must I summarize it? Scarlett O'Hara, Southern belle in and around the time of the American Civil War. Trying to seduce Ashley Wilkes, who history seems to've forgotten, because I'd never heard of him 'til I picked up the book. Romanced by the knave Rhett Butler. There's so much else that happens that it'd be impossible to give a good description of it. I'd probably hate Scarlett, if she didn't remind me so much of a friend of mine.

Furthermore, I have a hard time wrapping my mind around the concept of slavery and how it's possible for anyone to think of it in anything other than a negative way. But I guess I'm not a pre-Civil War era plantation owner? I dunno, the whole thing makes me shudder.

Making an effort to ignore that, the real strength of the book, for me, was that I fell absolutely madly in love with Rhett Butler. I'm not sure what this says about me and the kind of men I'm interested in, but oh well. Neither Edward Rochester nor Edward Cullen have appealed to me in the past, but Rhett Butler: oh God oh man.

So it doesn't matter that Gone with the Wind doesn't fit all the different requirements of the genre. I got to live in this bit of history (as described by Margaret Mitchell, of course) for a week, though in fact I was actually sitting on a beach in Mexico while I read the majority of it.

What I'm trying to say is: hot damn!

*I actually have seen the movie now, and I can say that while the adaptation is pretty faithful, it also skips tons of stuff, and I'm not sure I would've had any idea what was going on if I hadn't read the book. 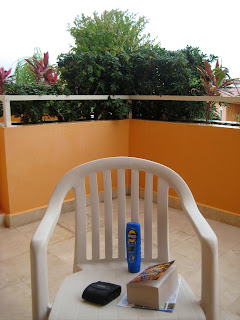 Quotations:
She lay in the silvery shadows with courage rising and made the plans that a sixteen-year-old makes when life has been so pleasant that defeat is an impossibility and a pretty dress and a clear complexion are weapons to vanquish fate.

Aunt Pitty always felt that she needed a male protector when Rhett Butler was in the house.